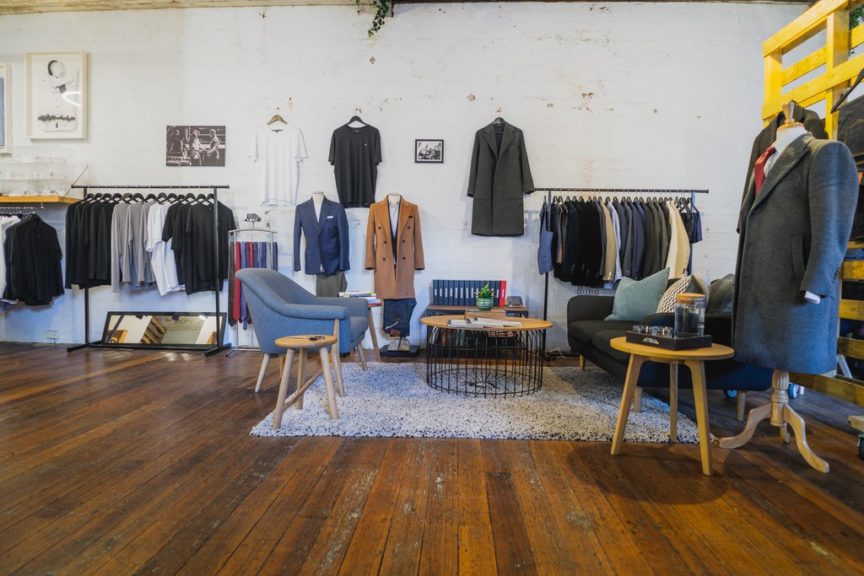 Tucked in one of Melbourne’s many iconic laneways, just past a very popular local café, and up several flights of stairs, you’ll find the office and fitting rooms of the fine folks at Saibu No Akuma. As you climb the stairs to the top level, you’ll see a sign that says ‘the elevator to success is broken, take the stairs’; a fitting sentiment for the time and effort required to undertake a venture such as they have. 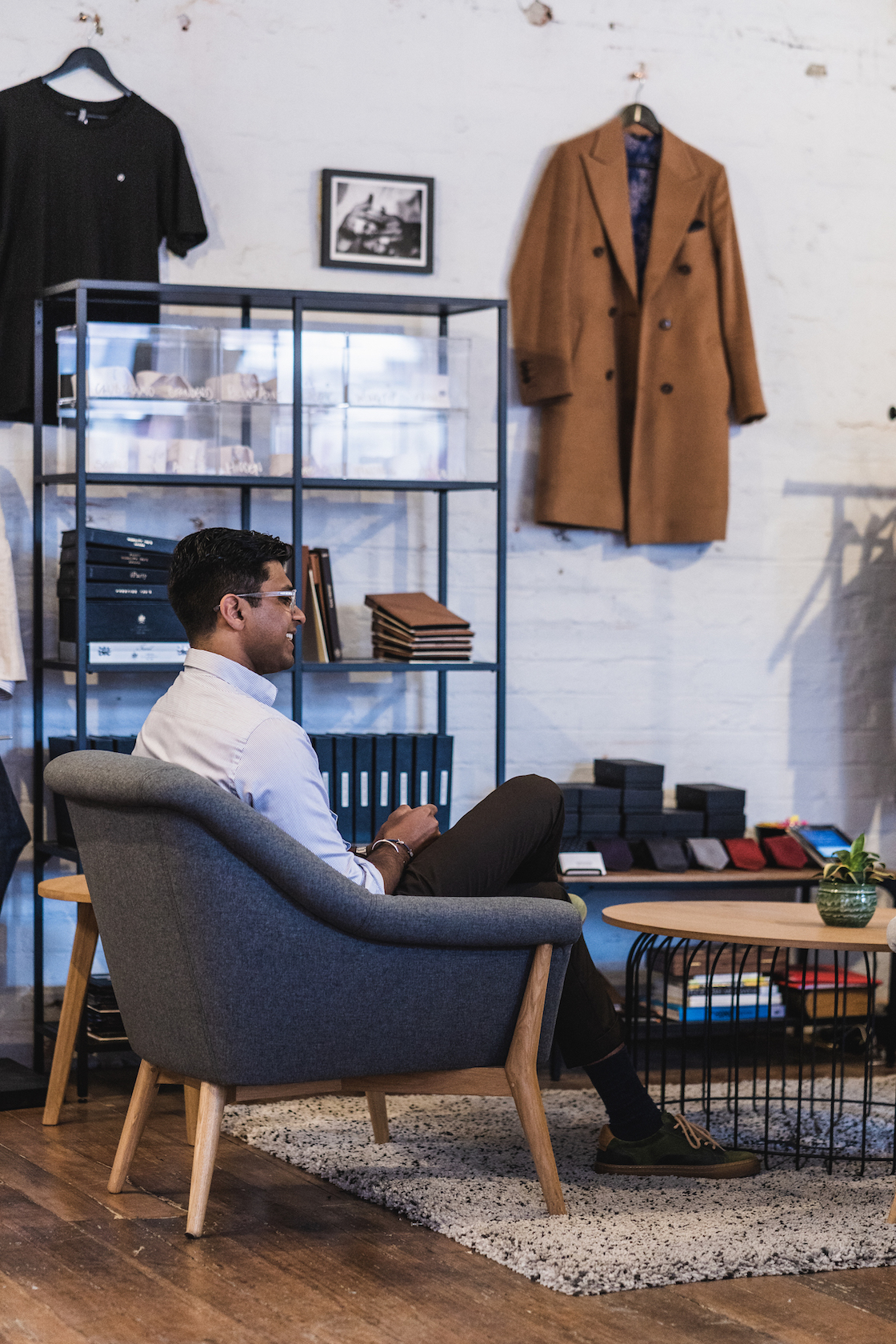 The brand’s founders, Geoff and Paul, apart from being a couple of terrific gents, believe strongly in tailoring their garments to the wearer’s lifestyle more than anything else. The focus is less on where the fabric or garment is from, but more on where it’s going to spend the rest of its life; an admirable design philosophy in our books. 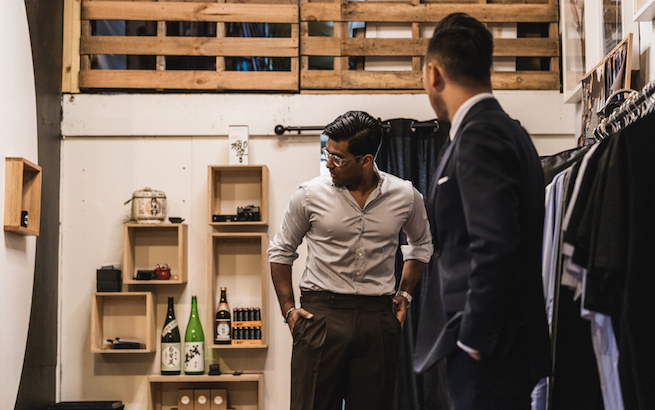 Looking to make their mark on the fairly crowded menswear scene in Melbourne, Saibu No Akuma was recently invited to be part of Melbourne Fashion Week, with a band of models taking to the streets of Melbourne, one of whom was decked out in an army-green two-piece cotton suit designed specifically for the event. The event showcased the blend of menswear and streetwear that originally attracted me to the brand’s style to begin with.

It’s the garments’ versatility, in both their design and materials, which allow them to be worn in a variety of ways. By taking the traditional look of a double-breasted suit and paring it right down with soft construction and a less formal material, they were able to showcase the versatility and fit of the garment, which is what they’re really looking to show off in their garments more widely. 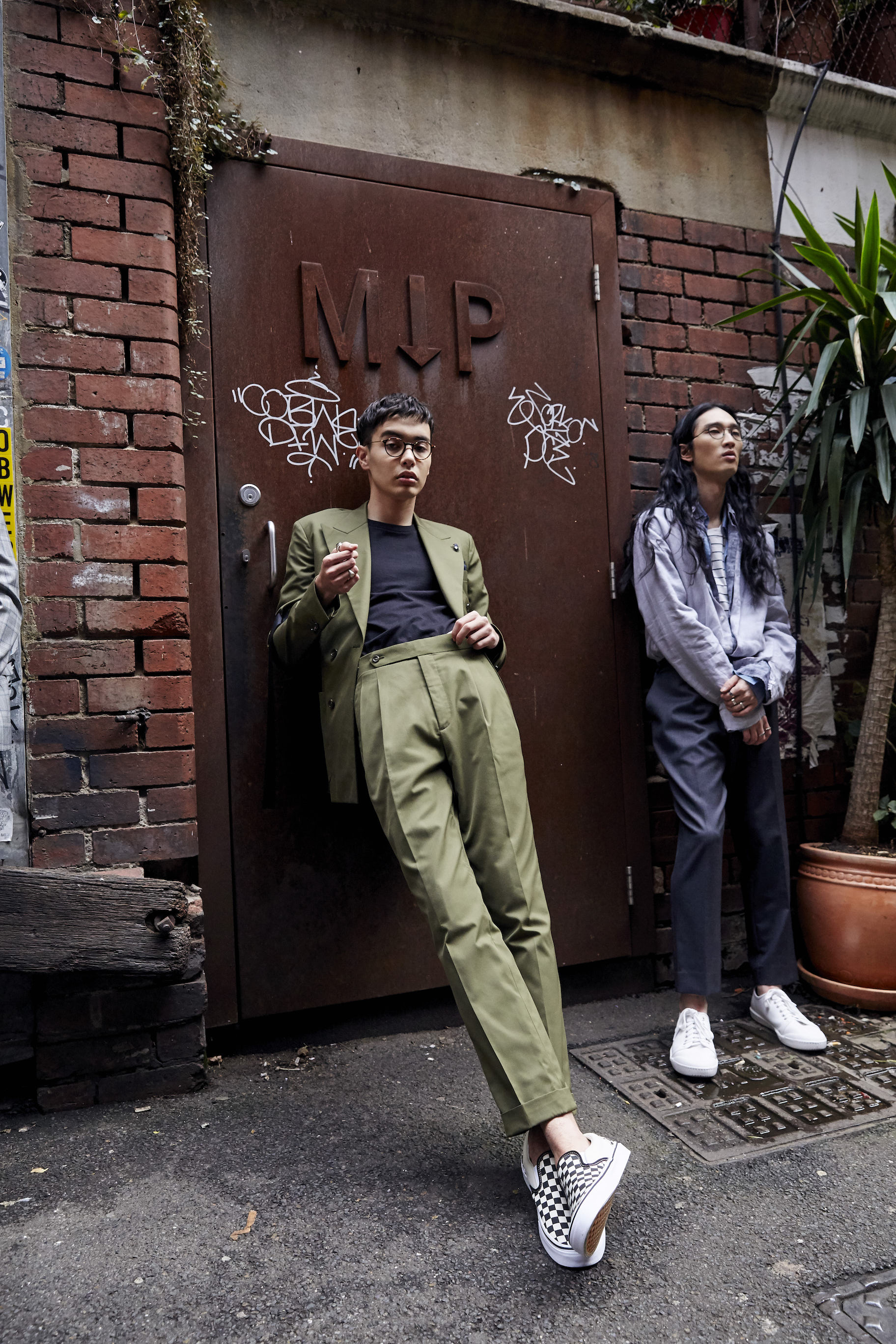 When it came time for me to choose the design of my own garments, I was guided by both the look and feel of Saibu No Akuma generally, as well as how I planned to wear and use them day-to-day. For the trousers, we discussed that they were to be a strong enough piece to stand out on their own, but also not so loud that it would be ostentatious, and functional enough to be worn day-to-day. 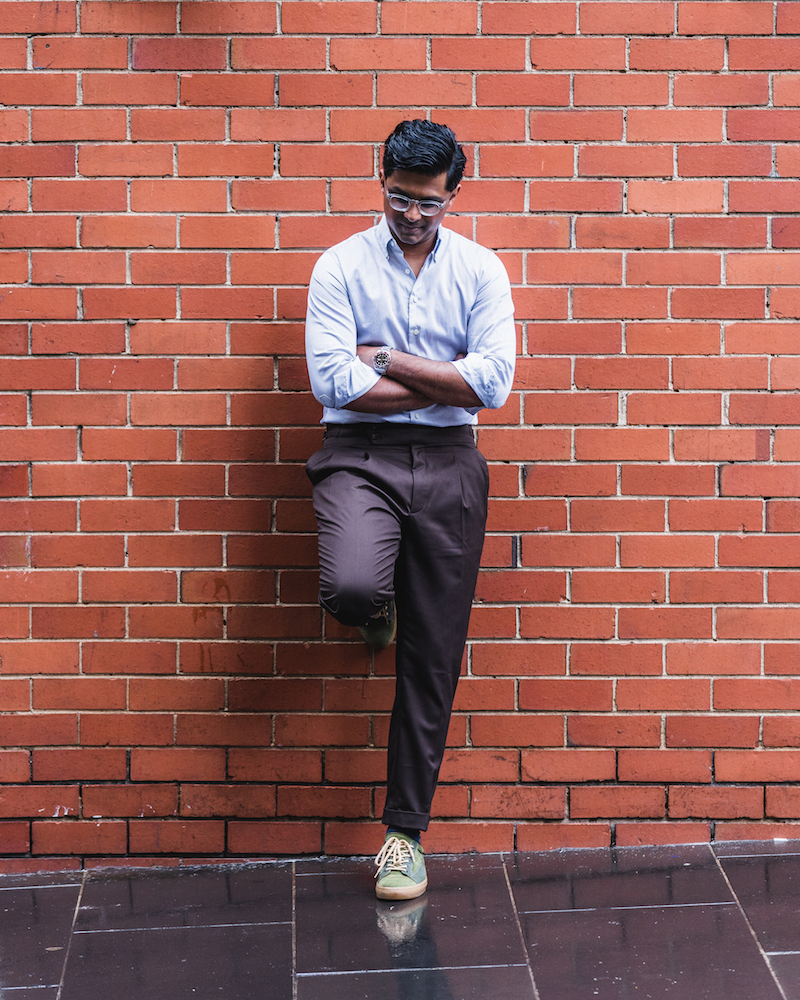 The trousers were to be designed in a Neapolitan-style with a wide waistband, side adjusters, double reverse pleats, and cuffed hems. To even out the complexity of the design, however, we decided on a somewhat reserved, dark brown cotton material, which meant that they could be worn both formally and casually, depending on the occasion, and remainder of the outfit. The finished product perfectly straddled the line between formal and casual, with a fit that is comfortable to be worn all day, in the office, or the Melbourne alleyways from which they hail. 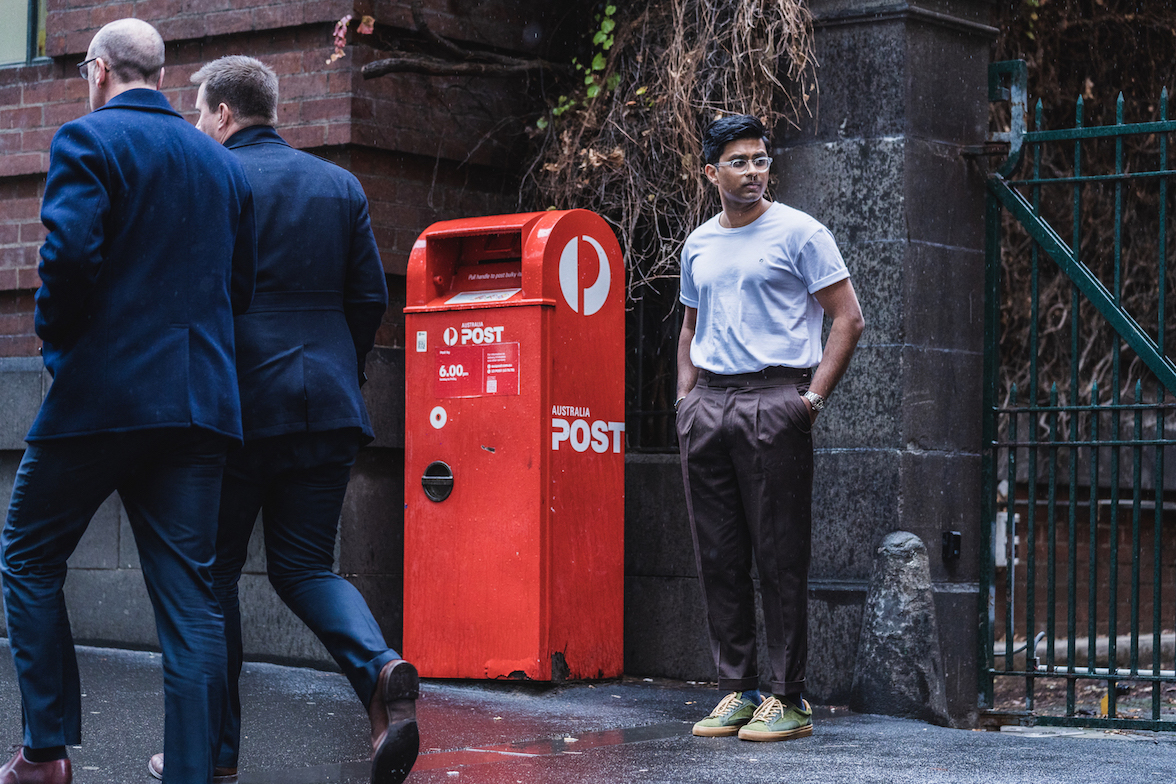 With summer around the corner, a cotton trouser like this can become a wardrobe staple for work or play. Make the most of it by getting fitted for your pair as soon as possible so you’re prepared for the warmer weather that’s coming. 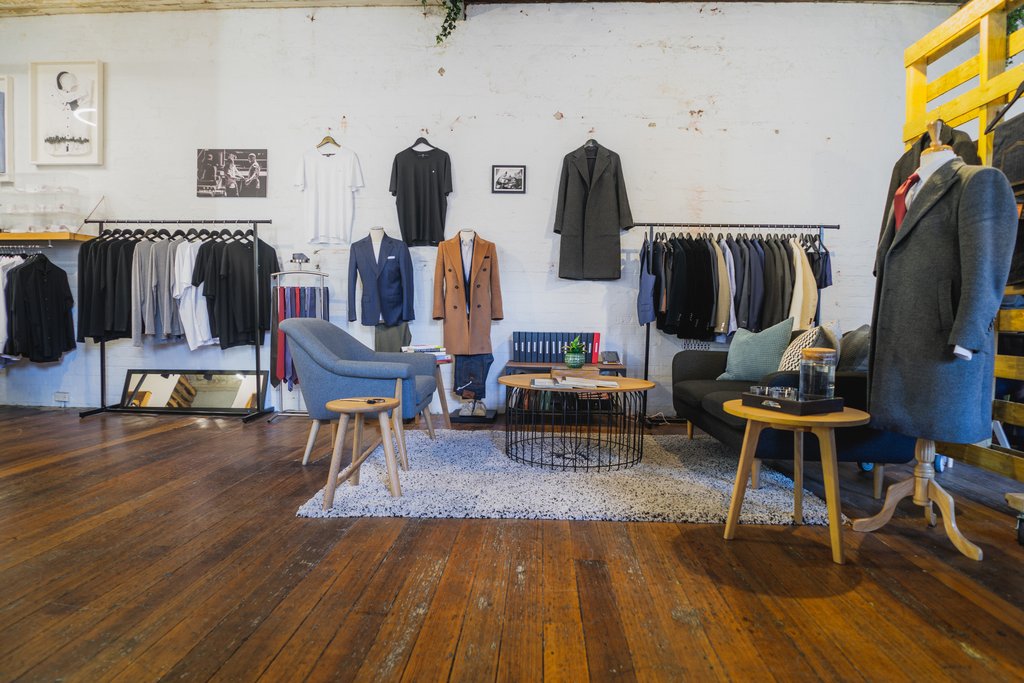 Saibu No Akuma is at: