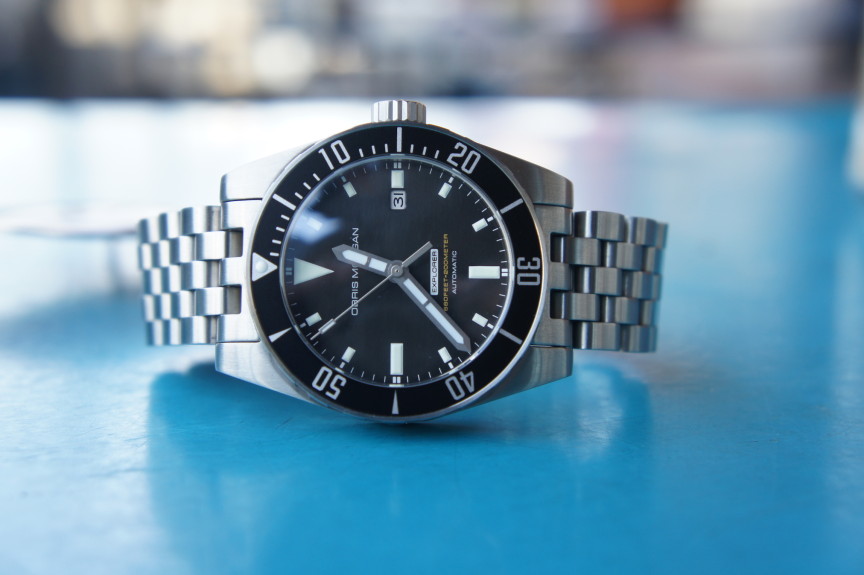 Over the last few years, a small brand out of Hong Kong has been developing a strong following in the watch world. They’ve been making a range of sports watches, using pretty solid movements and excellent case construction, and somehow pricing them incredibly well – almost too well. This brand is Obris Morgan. As far as we’re aware, there’s no one called Obris or Morgan at the company, but it’s a catchy sounding name, and the products are of excellent quality.

One of their most popular watches was the Explorer – a 200m depth rated tool diver that really lived up to its namesake. I had the pleasure of owning one in blue, which, interestingly looked much like the recent Tudor Pelagos, although released a few years earlier. It was a great watch, which I really enjoyed wearing, until the fateful day when I left it on a table at a cafe, and never saw it again. The only upside to that particular occurrence, was that it wasn’t a particularly expensive watch, and herein lies some of the incredible appeal of Obris Morgan. They make very high quality watches at a fraction of the price that other brands charge (even micro-brands).

Today we’re going to talk about the updated version of that timepiece, named – very originally – the Explorer II, or EX-II for short. To be completely fair, there isn’t a whole lot of noticeable difference between this model and the original Explorer. It still has a 42mm case, and essentially the same dial (albeit with a little more text) and hands. However, the crystal is now double-domed and a little thicker, as is the caseback, which makes the height of the watch 12mm instead of the 10mm that the original had. 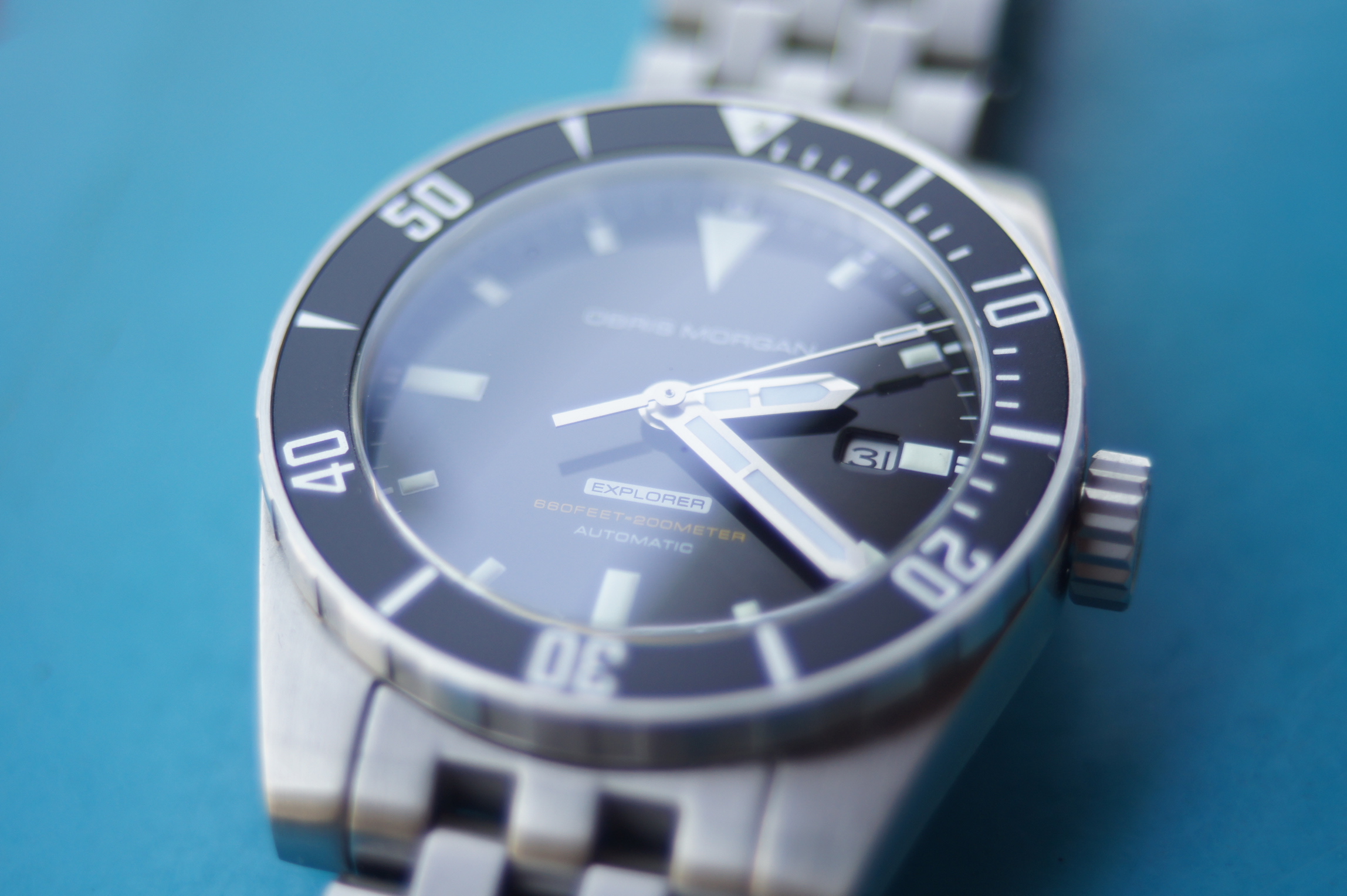 One thing that was changed from the original Explorer is the printing on the bezel. The ’30’ marker is now the same way as the rest of the markers, meaning that it’s upside down, when the bezel is aligned at zero. The previous model had the ’30’ right way up, which made using the bezel a little awkward (for 1% all of us that go diving). 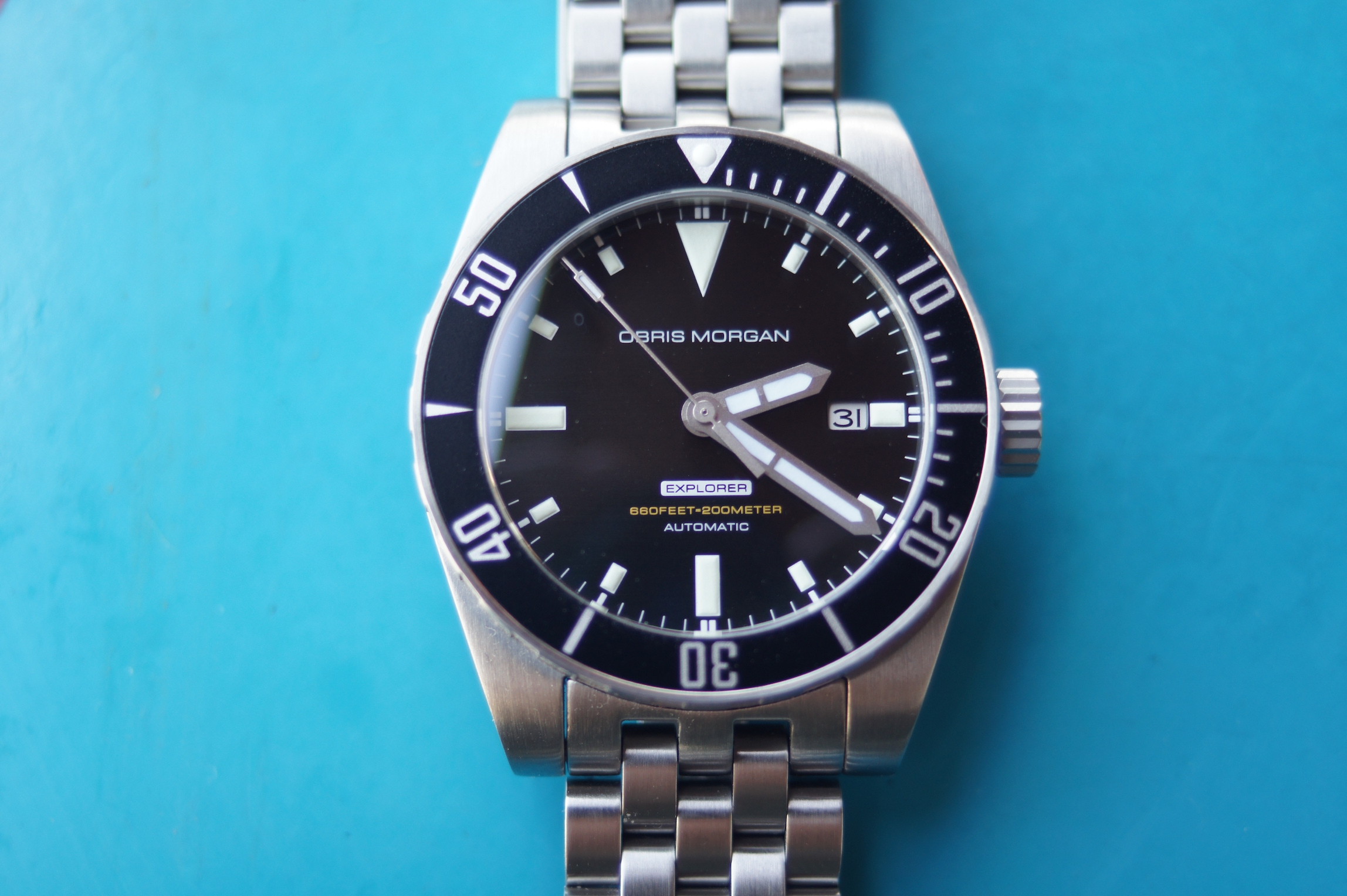 The watch wears a little large, especially with the thicker case, but it’s pretty easy to get used to. I have a 7-inch wrist, so you can gauge it for yourself based on some of the photos. Anecdotally, some people find this watch to be a little too large for them on the bracelet, but Obris Morgan includes an excellent rubber strap with all their watches, and which takes the bulk down a little. The crown is a good size for a diver, with nicely raised ridges to facilitate both winding and the screw-in nature of the crown. 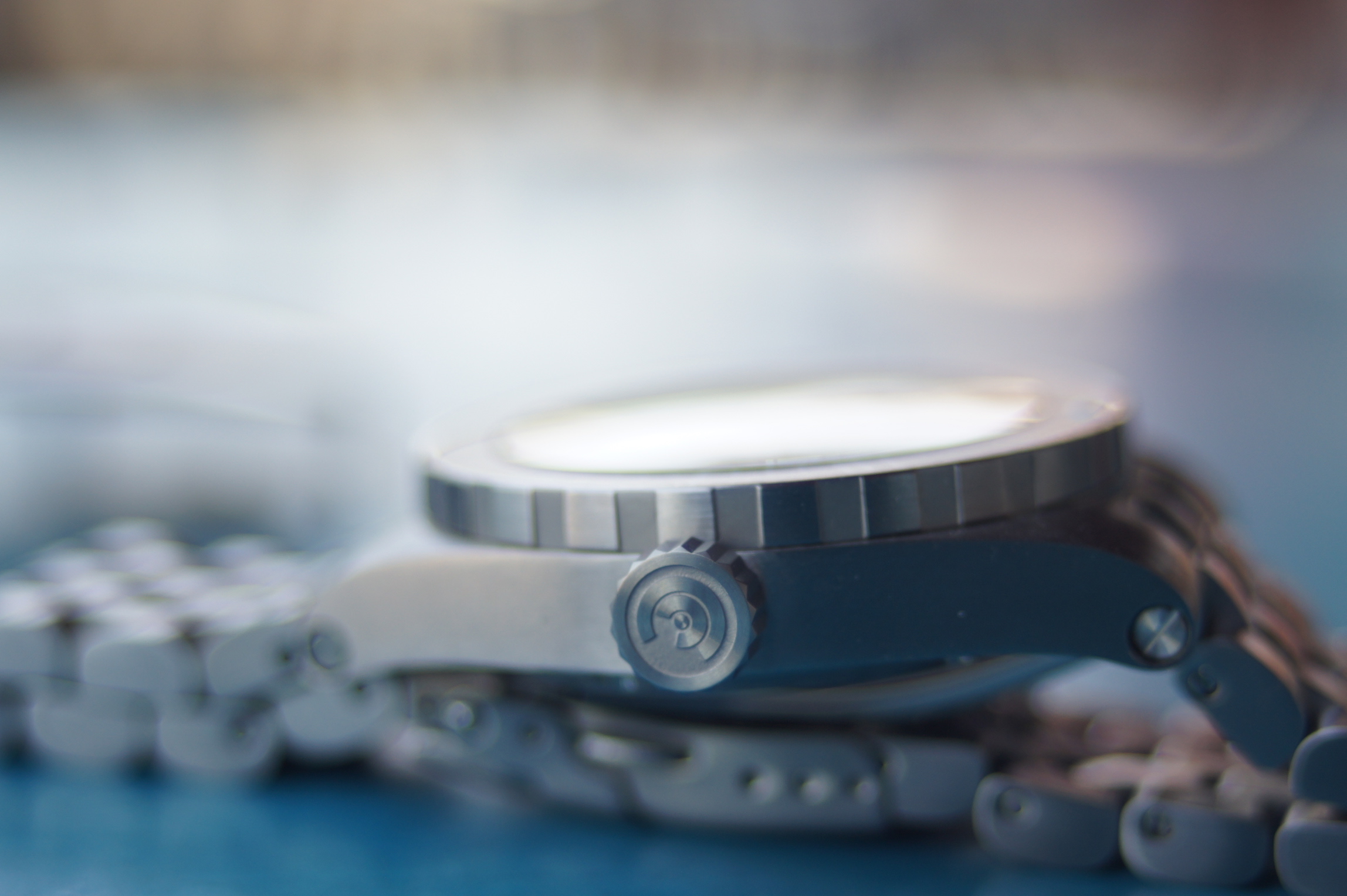 The bracelet itself is excellent, with no sharp edges to speak of, and a very good weight. The only issue for me is the clasp. For a watch that’s so well made and thought out, the clasp seems a little bit too generic and cheap-looking. That’s not to say it’s a bad clasp, but if I could change anything on this watch, I’d make it a little nicer, and flow with the rest of the timepiece. 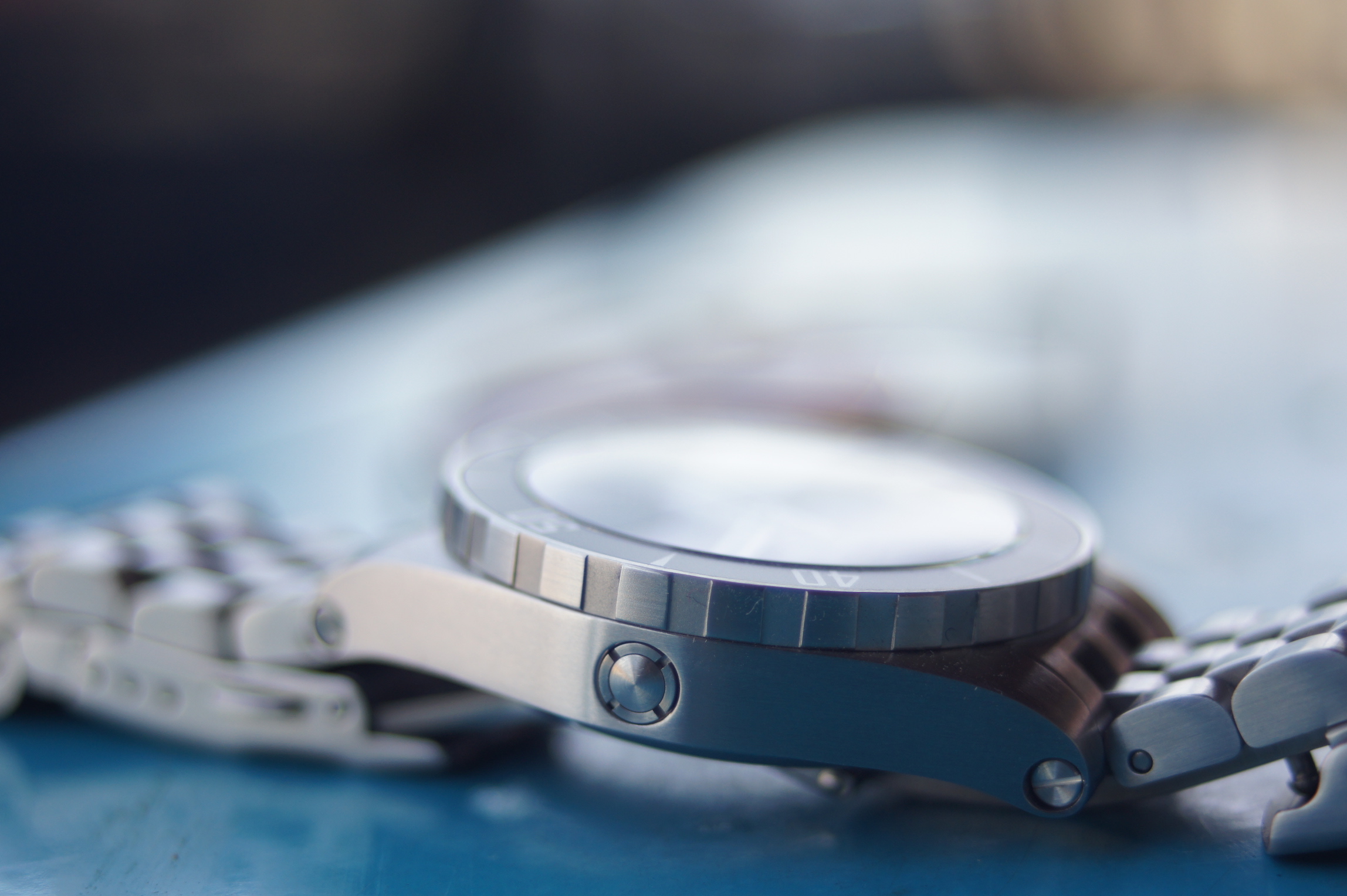 I wear this watch very regularly and have had no issues with timekeeping or water resistance. Admittedly, I don’t dive (like 99% of other dive watch owners), but day-to-day activities that may get the watch a little wet are no problem, and casual swimming is the same. There is, however, a helium release valve set into the case at 9 o’clock, which I guess is mostly for show. I’m sure it works, but no one is ever going to need it. That said, it doesn’t really detract from the overall industrial look of the watch, so I don’t have a huge problem with it being there. 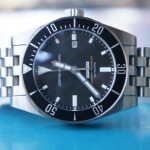 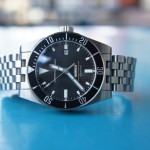 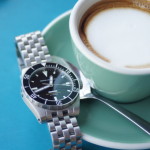 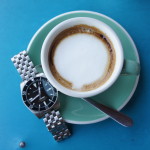 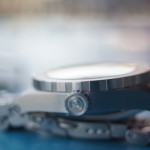 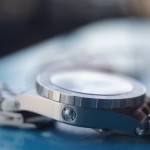 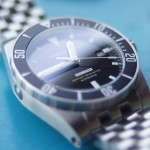 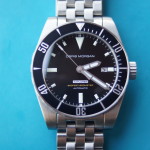 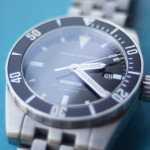 Overall, I can’t recommend this watch enough. For less than $300USD, you get a watch that pretty much does everything. It is a little on the large side, so bear that in mind, but if you’re either after your first diver, or just one you’re happy to bash around a little, this is the way to go. Just don’t leave it at the cafe, because someone else will be enjoying it for you.