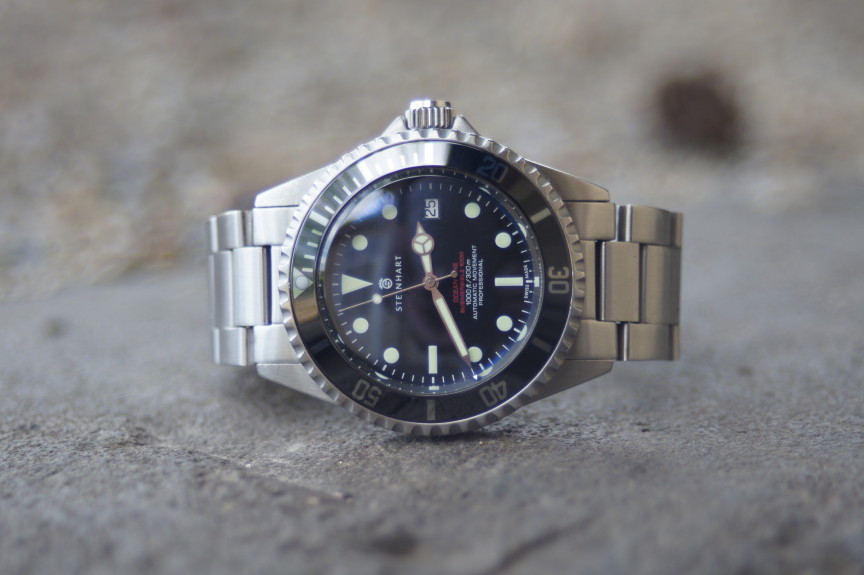 Steinhart is a brand that divides watch enthusiasts, and there’s good reason for that.

For the uninitiated, Steinhart is a Swiss watch brand that made their name by creating watches that look a lot like those made by Rolex. They create what many would call ‘homage’ timepieces, dedicating most of their work to watches originally designed by the mighty crown. 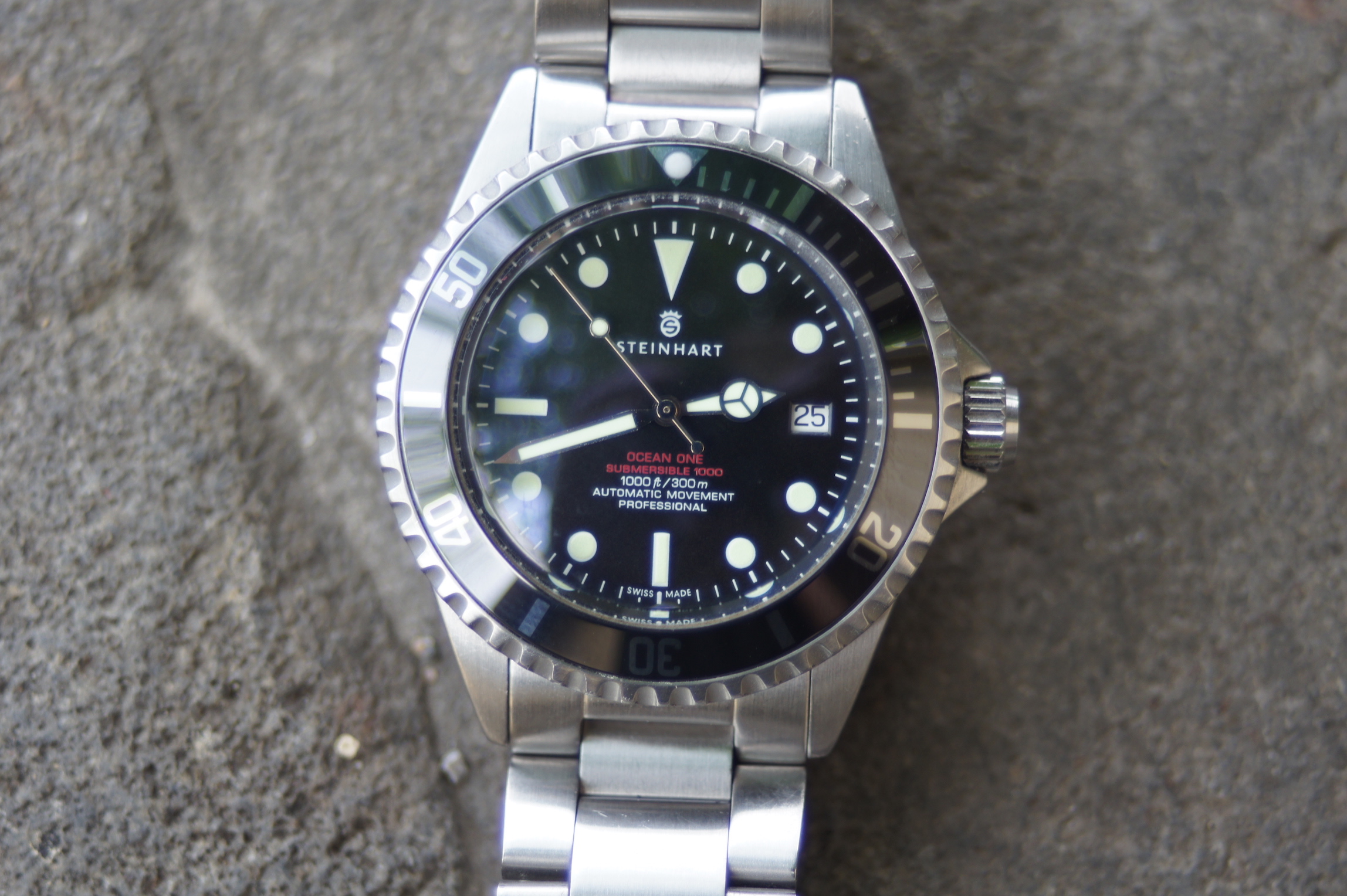 This is great for a lot of people that like the look of something like a Submariner, but perhaps can’t justify the cost. On the other hand, some might claim that the design is blatantly unoriginal and buying one is akin to wearing a ‘fake’. Wherever you land on this argument however, it is impossible to deny the value proposition that is Steinhart. They make a great watch for a great price, and they sell like hotcakes. 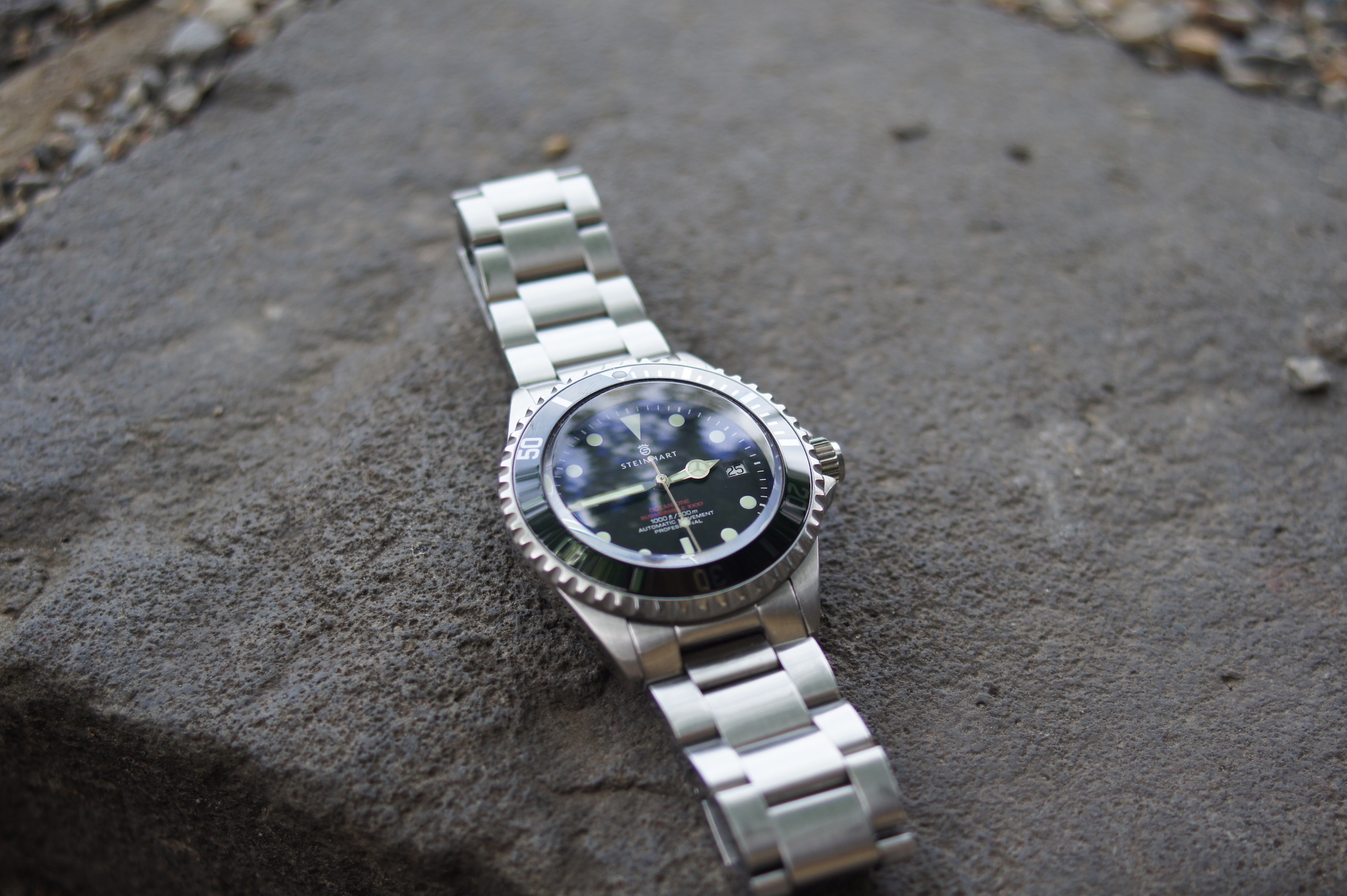 Today we’re going to look at a watch I was lucky enough to spend a little time with recently, the Steinhart Ocean 1 ‘Vintage Red’. This watch is modelled on the very famous ‘Double Red’ Sea Dwellers made by Rolex between about 1967-1977. The originals are among the most collectible vintage watches in the world, and rare examples have been known to sell for over $50,000.

(NB: the version that I tested has standard greenish-white coloured hands and indices, but the more recent version of the O1VR has ‘aged’ lume paint for that real vintage look) 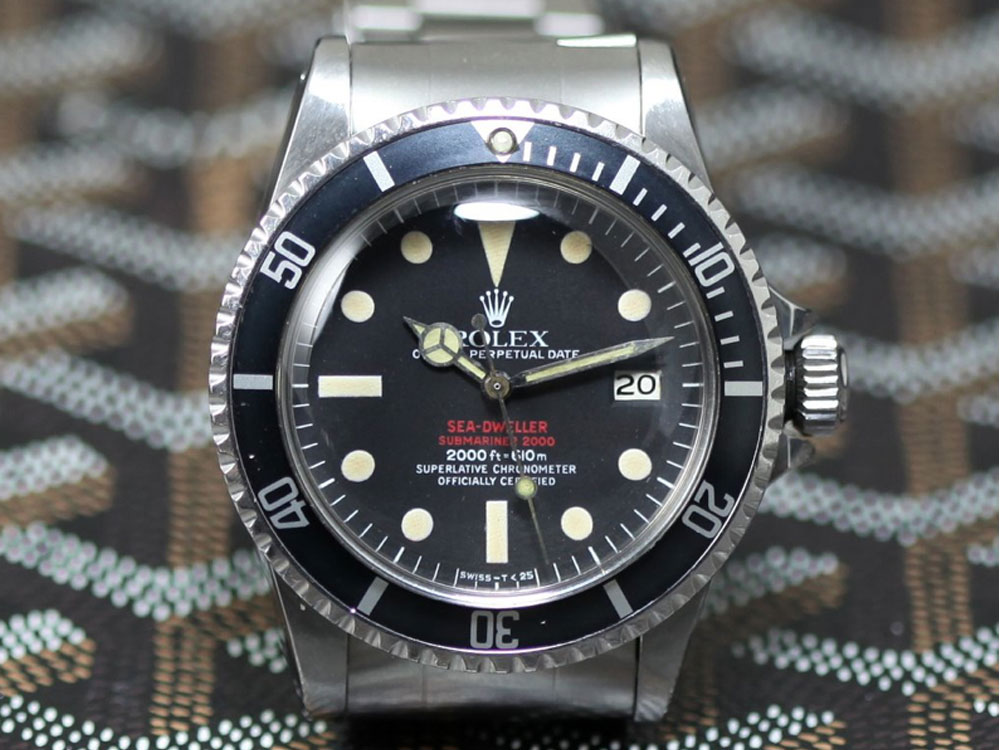 Steinhart’s version comes in at well under that price, and for what you pay (EUR320), you get a whole lot of watch. The watch itself comes in a 42mm stainless steel case, mounted on a 22mm Oyster-style bracelet. Under the hood beats an ever-reliable ETA 2824-2 elabore (the higher-end version), which in my time with the watch, performed as flawlessly, as is to be expected. True to its dive-watch heritage, the O1VR has a solid caseback with a seahorse-and-rider motif, which is actually quite cool. 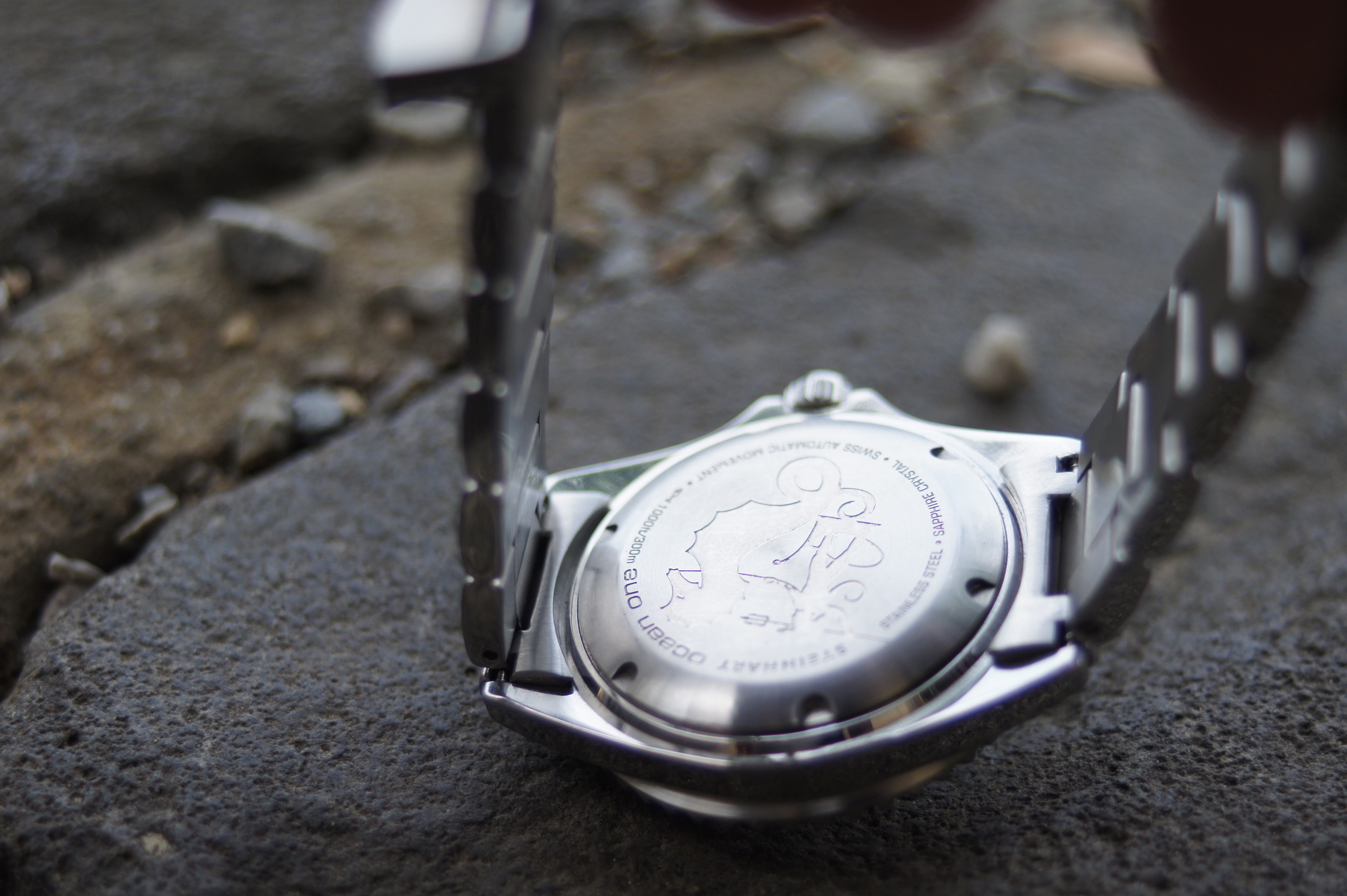 Now to the dial. To be fair, the dial is not an exact replication of the original DRSD, but gets pretty damned close.  Obviously, a Steinhart logo and text is prominent at 12, with the 5 lines of text (2 red, 3 white) at 6 o’clock. The indices are faithful to the original, and glow phenomenally with minimal charging. There’s also the signature off-colour date window in place of the 3 o’clock marker. Overall, if this was a new watch that wasn’t an homage, then I’d say it was very well designed, and I’d still be very happy to wear it. 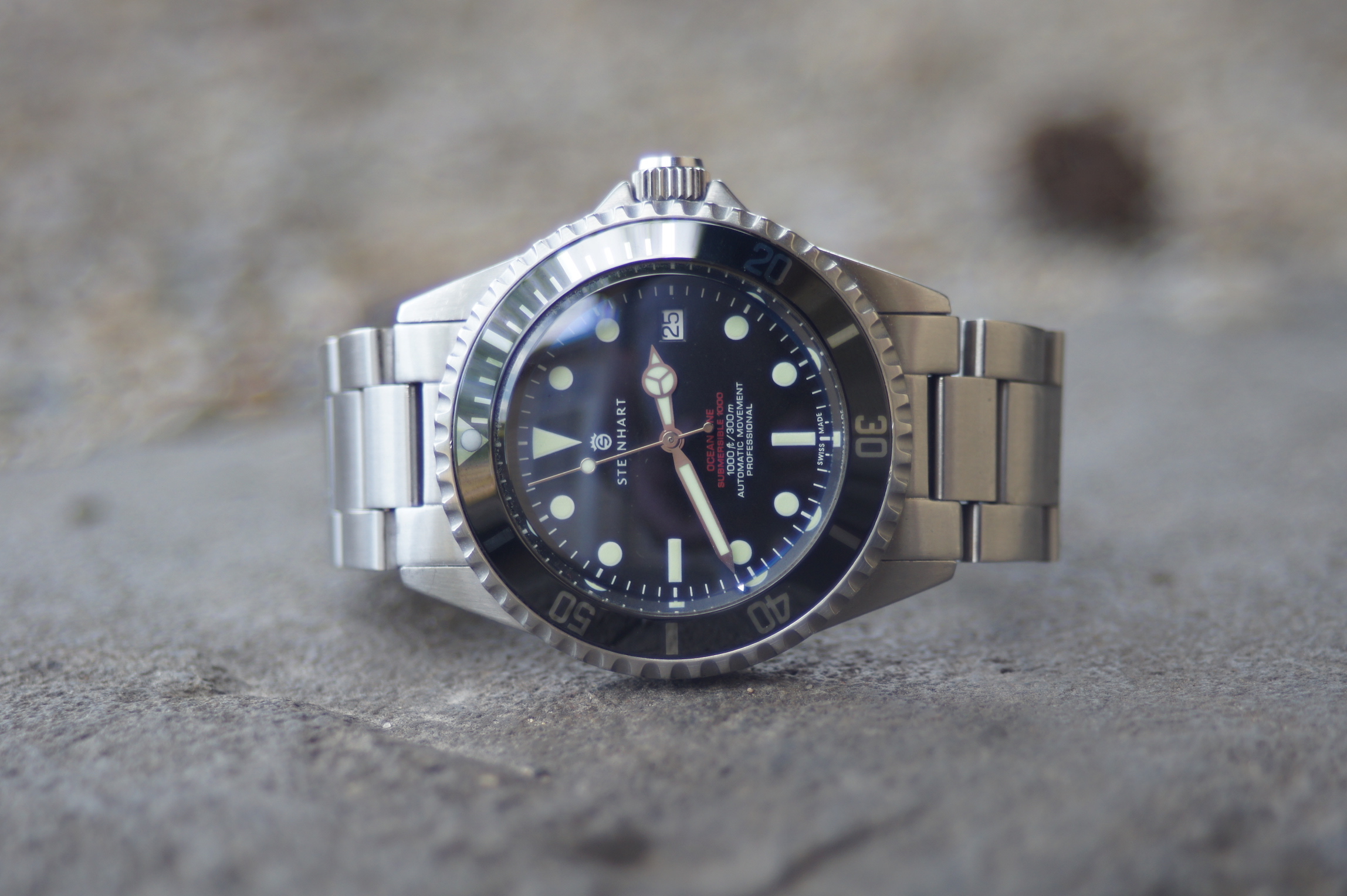 On the wrist, the O1VR is everything I wanted it to be, and everything I expected. The size is fantastic, keeping in modern proportions without being too huge, and is appropriately thick for a watch with this level of water resistance. It’s not too hard to fit under a shirt cuff, which is excellent, because that’s exactly how I wore it for the majority of the time I had it. It’s formal-enough looking to wear to work, and great for after-hours too. The screw-down crown stays out of the way when you don’t want to use it, and the uni-directional bezel is crisp and locks into place firmly at each of its 120 stops. 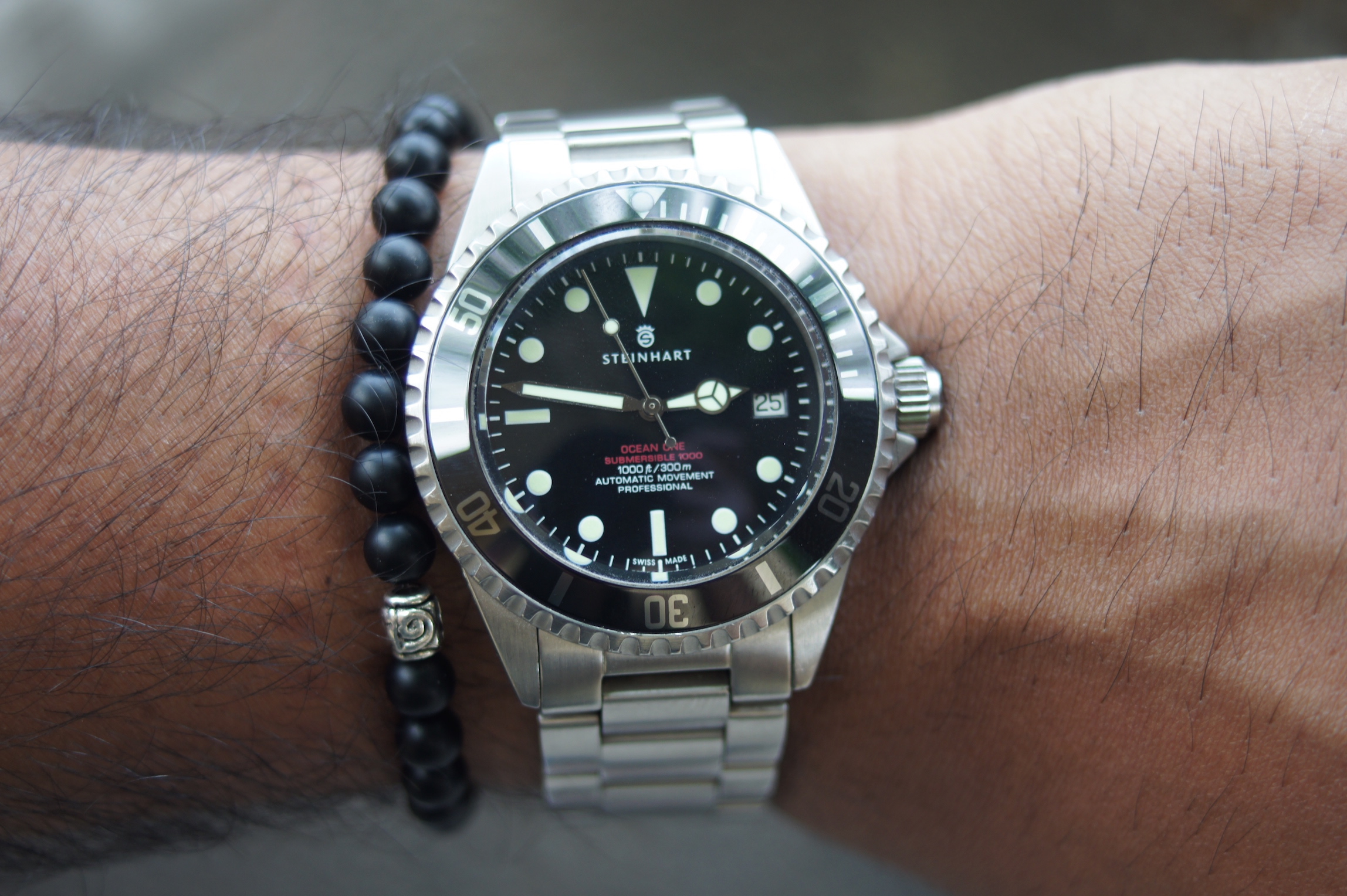 The 22mm oyster-style bracelet is very comfortable, and the foldover clasp is as secure as you could hope for. The clasp is probably the only thing on this watch that I think could have done with a little more refinement. It looks basically like every other stock foldover clasp out there, but this is a minor point, and it still performs flawlessly. 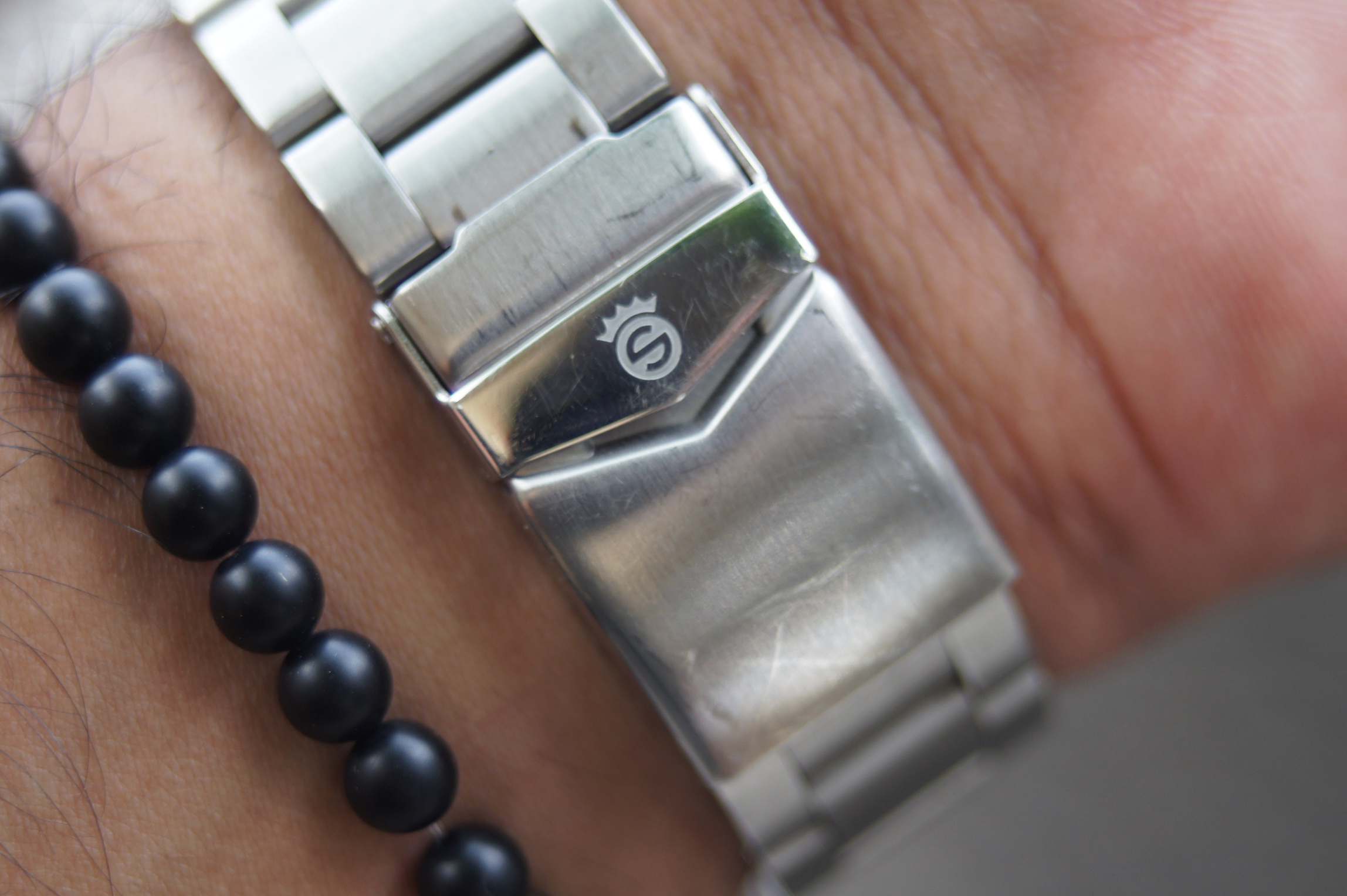 If you don’t really like the idea of what is essentially a direct homage, Steinhart just released a version of their Ocean One range (the Titanium 500) that is a more original design, and not surprisingly, also a terrific-looking watch. 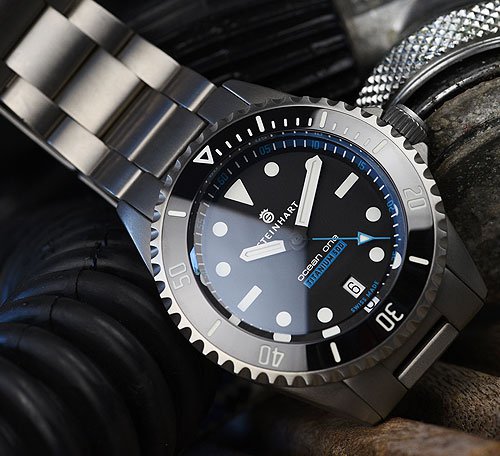 Overall, this is a lot of watch for the money. Very few brands give you this level of finishing and attention to detail at this price. This is quality you expect from watches that cost two, three, or even five times as much as the O1VR. If you like the look of a vintage Submariner, but spending 5 figures on a 50-year-old watch isn’t really up your alley right now, look to Steinhart for your fix, you won’t be the first, and definitely not the last. 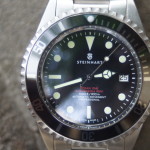 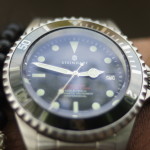 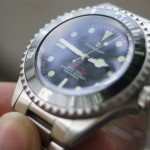 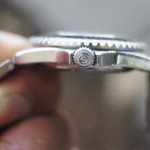 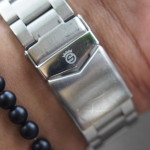 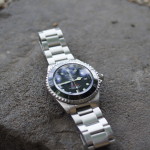 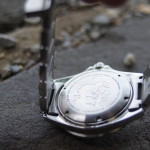 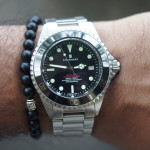 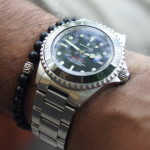 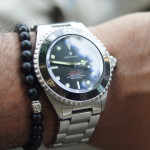 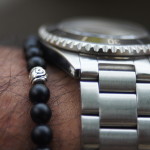 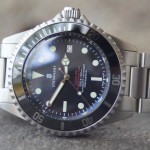 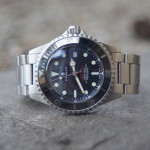